Led 27 men to rescue after surviving for 2 years in Antarctica.

You can’t begin a conversation about the limits of human endurance without mentioning this man. His ship was literally named Endurance.

Ernest Shackleton was an 20th-century explorer during the Heroic Age of Antarctic Exploration (yes, that’s actually what it was called). He led a number of expeditions to Antarctica but the Endurance was the one that immortalized him as a symbol of grit. 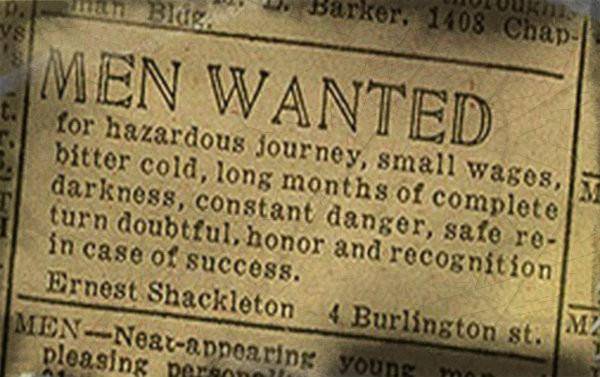 The Endurance ships off from England in September 1914, right after the outbreak of WWI. The purpose of the expedition is to be the first land crossing of the Antarctic continent in history. For such a tough goal, Shackleton needed some tough people and put out the above advertisement in the paper. Fortunately, he had over 5000 people reply to the advertisement and he had a crew.

Unfortunately, the Endurance gets frozen in ice almost immediately when they reach Antarctica. Even more unfortunately, this happens at the beginning of winter. Shackleton realizes that for the next six months, he must keep 28 men and 70 dogs alive on an iceberg, in constant darkness, with limited food and heat, and with temperatures that rarely break 0 degrees.

While most people would throw it in there, Shackleton was undeterred. Shackleton figures that if he and the crew can last through winter, the warmer temperatures in the spring will melt some ice and free the Endurance. In the meantime, he keeps the crew occupied by having them walk the dogs, play games, and physically train. Easy right? 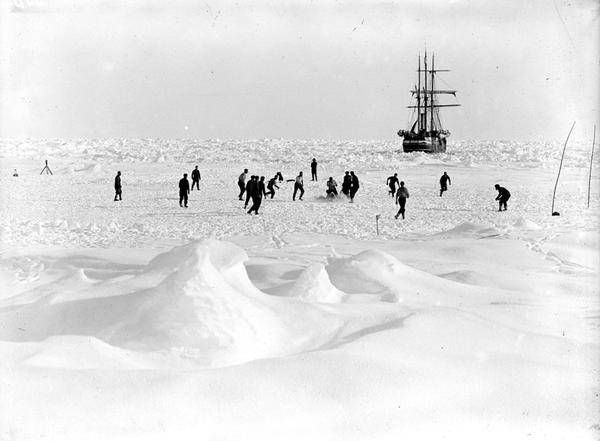 Spring rolls around, the Endurance frees up, and the crew sails back to England. Just kidding. Not only does the ship not get freed when spring comes, but the shifting ice completely destroys and sinks it. So now, Shackleton is stuck on an iceberg in sub-zero temperatures with 28 men and 70 dogs, even more limited supplies and food, and no ship. 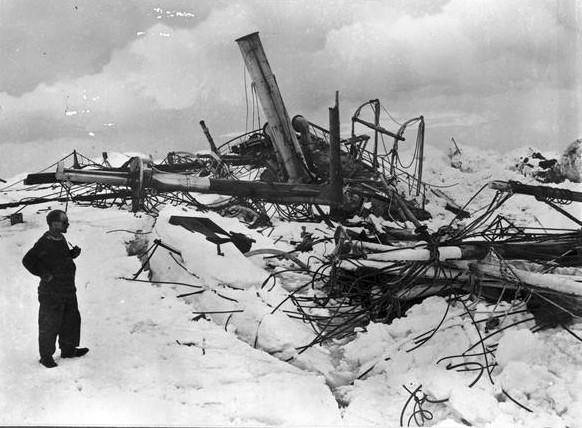 With ice hundreds of miles in every direction, the crew slowly makes it way to open ocean through a combination of marching over and riding on the drifting ice. By this point, it’s been 16 months since the Endurance first got stuck and their food supplies have dwindled to dangerously low levels, leading the crew to eat seals and their dogs. 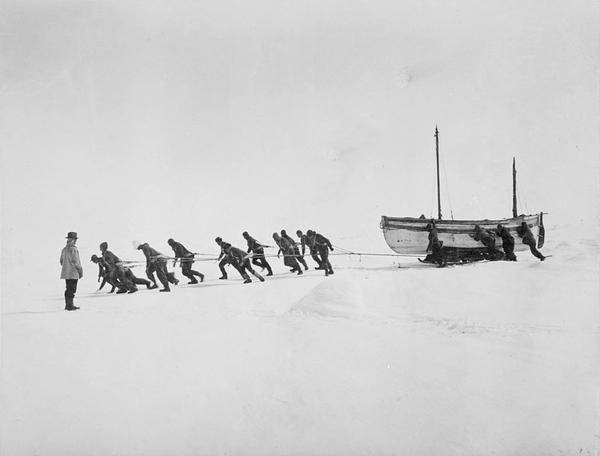 When the ice breaks in April 1915, Shackleton decides to roll the dice. Figuring that his crew’s physical condition was only going to worsen, he elects himself and five others to take one of their 23ft lifeboats in search of rescue. That size sounds comfortable enough until you realize that those 23ft are all that’s between them and certain death on an 800 mile journey through the least forgiving environment on the planet.

For the next four weeks, Shackleton and five others endure the treacherous open ocean, constantly soaked by frozen seawater and battling what Shackleton described as the largest waves he’d seen in his 26 years at sea.

Once they reach land, Shackleton treks for 36 continuous hours over glaciers and mountains to reach civilization. Immediately after reaching South Georgia Island, Shackleton goes right back out to rescue the other 22 members that he left behind in Antarctica. After being blocked by icebergs three times, he finally reaches his crew and brings everyone home. 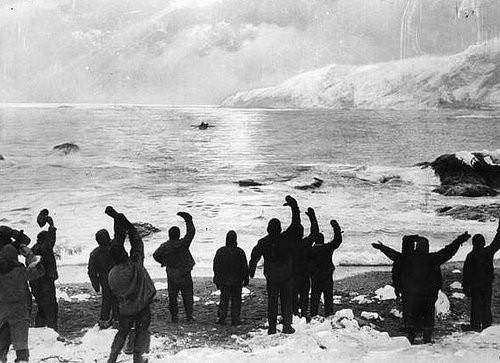 All in all, Shackleton led his crew to survive for almost 2 years in a place that's often called “hell on earth”. Despite frostbite, gangrene, hypothermia, and starvation, Shackleton arrives back in England without losing a single member of his crew.

Shackleton epitomizes the human spirit of perseverance by showing how far we can go and how much we can endure if we have the right mindset. Next time you think that you’ve gone as far as you can and have nothing left to give, think of Shackleton and know that you can go further.

Afterword: You may be wondering what Shackleton did after he got back to England. Probably retire and call it a day, right? Nope, this guy wasn’t done. In spite of a heart condition and being 43 years old, Shackleton volunteered for the British army and got in the WWI game.