Competed in track at the national level while pregnant.

Alysia Montaño is an impressive woman. She has seven national track titles, has set two national records, and has represented the US at a number of international competitions, including the 2012 Olympics. However, her most remarkable races have actually been when she performed at her worst. Why? Because she ran them while she was pregnant. 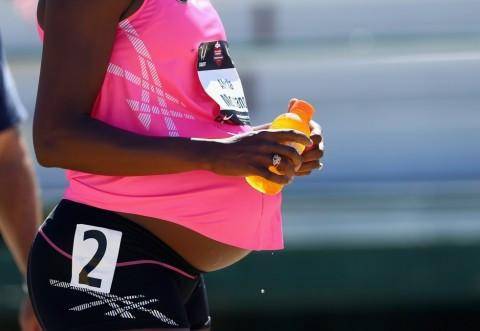 For those of you that have never been pregnant (most of you, including us), it sounds brutal. Of course, there’s the miracle of life and all that. But for the nine months before that, you carry around another human inside of you. Baseline what that means is that you now have to eat for two and expend energy for two. Understandably this leads to intense bouts of hunger and lethargy, but that’s just the start.

Since you’re carrying around a little human, your body obviously starts acting differently. A lot differently. Besides hunger and lethargy, symptoms include extreme irritability, cramping, nausea, and bloating. Basically you feel hungover for months at a time without the memories from the night before to ease the pain. That’s not to mention the 25 to 35 average pounds of weight-gain. For reference, that’s the equivalent of going through life with two large bowling balls taped to your stomach. 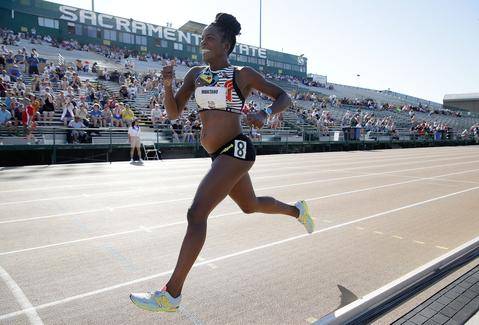 The first time that she did it was in 2014, when she was 8-months pregnant. If you know nothing about pregnancy, that’s really close to delivery. At this point, you’ve got a fully-formed human in you and the baby is essentially ready to go. Alysia finished the 800m with a time of 2 minutes and 32 seconds. That’s an average of almost 12 mph for two and a half minutes, which is the equivalent of running a 5 minute-mile pace — while 8-months pregnant.

The second time that she competed was June 2017. This time, she was 5-months pregnant. She ran the 800m in 2 minutes and 21 seconds at a punishing 13 mph pace, almost 11 seconds faster than her previous run. After her run she posed with the child she raced with in 2014, who was wearing a “Strong Like Mom” t-shirt. 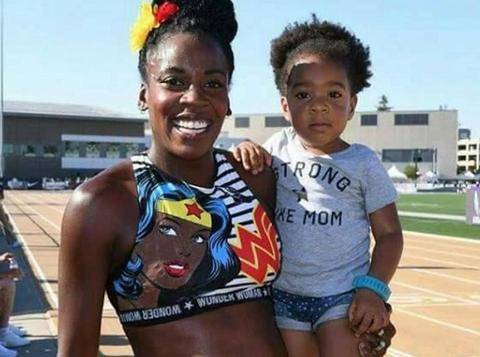 Alysia didn’t set any world records for endurance. She didn’t battle a debilitating condition, trek thousands of miles across continents or push her body to the point of near-death. She actually came in dead last in both of the competitions that she competed in while pregnant. So why did we feature her? We featured her because she had the courage to try it. 99.99% of people would’ve used their pregnancy as an example to stop competing — Alysia didn’t. That kind of mindset separates those who achieve from those who don’t.

Everyone has something that they can turn into an excuse to not do something: their age, their height, their weight, their gender, their cat’s birthday, their knee surgery from 23 years ago. If you don’t want to do something, you can always find an excuse to validate not doing it. Finding that excuse makes you feel better about why you didn’t do it and alleviates the guilt you feel for not trying. Those excuses may convince others and help you avoid losing their respect. But excuses will never convince yourself and that is the person whose respect is most important.